The Norwegian government is considering whether to send its German-made Leopard 2 tanks to Ukraine. This is reported by The Guardian portal with reference to the nightly reports of the Oslo dailies Aftenposten and Dagens Näringsliv.

According to the newspaper, no decision has yet been made on this issue, but Dagens Näringsliv reports, that Norway could contribute four or eight of its 36 Leopard 2 tanks. According to The Kyiv Independent portal, the Netherlands is considering buying 18 Leopard 2 tanks, which it leases from Germany, in order to provide them to Ukraine.

The ABC News portal also reported, according to The Kyiv Independent, that 12 countries have agreed to provide about 100 Leopard 2 tanks to Ukraine if Berlin agrees to their transfer. They reportedly concluded the agreements during last week’s meeting at the Ramstein Air Base in Germany.

German officials have so far refused to comment on reports that they agreed on the supply of Leopard 2 tanks to Ukraine. This was reported by the AP agency, which requested a response to the reports of the German weekly Der Spiegel, which reported on Tuesday evening, without citing a source, that Germany would provide Ukraine with at least one company of Leopard 2 tanks from its own stocks, which would mean about 15 tanks.

The CNN news portal, referring to the Polish representative, states that Berlin has not yet made an official statement even to Warsaw, which on Tuesday formally requested Germany to allow the transfer of Leopard 2 tanks to Ukraine. Ukraine is asking for help in the form of Western tanks to better defend itself against a Russian invasion. 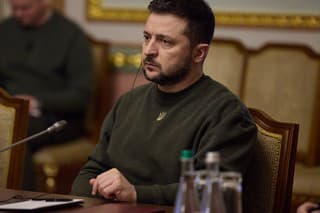 agreedcountriesleopardprovidetanksUkraine
By adminJanuary 25, 2023GlobalLeave a Comment on 12 countries have already agreed to provide Leopard 2 tanks to Ukraine: Two more are considering it