A musician from Melbourne, Australia has described moments of horror when he thought he was going to die after eating a toxic dose of poppy seeds!

For two years, Andy Jordan has been making a hot poppy seed drink every time he has an upset stomach. Never before had this miraculous drink caused him any trouble. However, that has recently changed! “I drank my poppy seed drink as usual in the morning and about after five minutes, my eyes started to blur,” the Australian described the initial moments of horror. When he started having muscle cramps, he immediately knew that something was really wrong.

“I had painful spasms, every muscle was twitching, it felt like my kidneys were being squeezed around my heart, it was crazy,” Andy described the terrifying moments. His roommate watched Andy’s worsening condition with fear in his eyes until he finally decided to take him to the hospital. This act ultimately saved his life.

Andy was experiencing unimaginable pain, which he compared to torture. Upon arrival at the hospital, a toxicologist immediately took care of him. He immediately recognized his symptoms and immediately gave the Australian an injection to relax his muscles. Andy finally stopped struggling with muscle spasms and the toxicologist intervened literally at the twelfth hour! 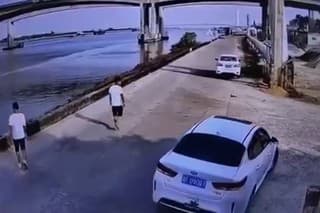 The poppy seeds that caused the poisoning are being recalled from stores across Australia. They contained a high amount of the alkaloid thebaine, often used in the production of morphine and codeine. However, they are extremely dangerous for human consumption. Symptoms of poppy poisoning include seizures, severe muscle pain and severe muscle spasms, stiffness or abnormal movements, and acute kidney damage.

drinkexperiencefavoriteHorrorlikekilledmanspoppy
By adminNovember 24, 2022GlobalLeave a Comment on A horror-like experience: A man’s favorite poppy drink nearly killed him!