The resolution was supported by 494 deputies, 58 were against and 44 abstained from voting. The resolution states that “intentional attacks and atrocities committed by Russian forces and their proxies against the civilian population in Ukraine, destruction of civilian infrastructure and other serious violations of international and humanitarian law constitute acts of terrorism and war crimes.”

On the basis of these facts, the MPs identified Russia as a state that supports terrorism and as a state that uses the means of terrorism.The political group of European Conservatives and Reformists (ECR) said that this initiative came at its initiative. Finally, the EP plenary voted on the joint proposal of the ECR, the liberal group Let’s Restore Europe (RE) and the European People’s Group (EPP).

On this occasion, deputies from the ECR presented a long list of “terrorist acts” committed by Russia on the territory of Ukraine.

Polish MEP and ECR foreign policy coordinator Anna Fotyga said that the past and present have shown that Russia is a terrorist state. “We say it clearly in this resolution. There should also be consequences. The terrorist state of Russia should be defeated. We cannot negotiate with terrorists or do business with them. Russia should be isolated internationally, including expulsion from the UN Security Council,” she said.

As the EU cannot currently officially designate states as supporters of terrorism, the EP called on the Union and its member states to put in place an appropriate legal framework and consider adding Russia to such a list.

MEPs besides called on member states to include the Russian paramilitary organization known as the Wagner Group, the 141st Special Motorized Regiment also known as the “Kadyrovs” and other Russian-funded armed groups, militias and individuals on the EU’s terrorist list.

Lawmakers further called on the EU not to stop isolating Russia internationally, including regarding its membership in international organizations and bodies. They demand the restriction of diplomatic relations with Russia, as well as the closure and ban of Russian state institutions in the EUwhich spread propaganda all over the world.

Against the backdrop of Russia’s escalating violence against Ukrainian civilians, the EP resolution calls on EU member states to urgently finalize the ninth package of sanctions against Moscow. 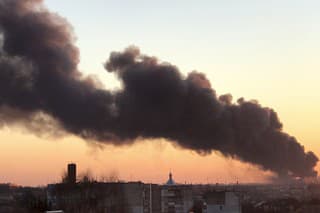 BreakthroughdecidedEuropeanParliamentRussiastepterrorismUnion
By adminNovember 23, 2022GlobalLeave a Comment on Breakthrough step of the European Union: Parliament decided on Russia! This is terrorism