We want to go to the Russian-Ukrainian front, say several members of the lower house of the Russian parliament. 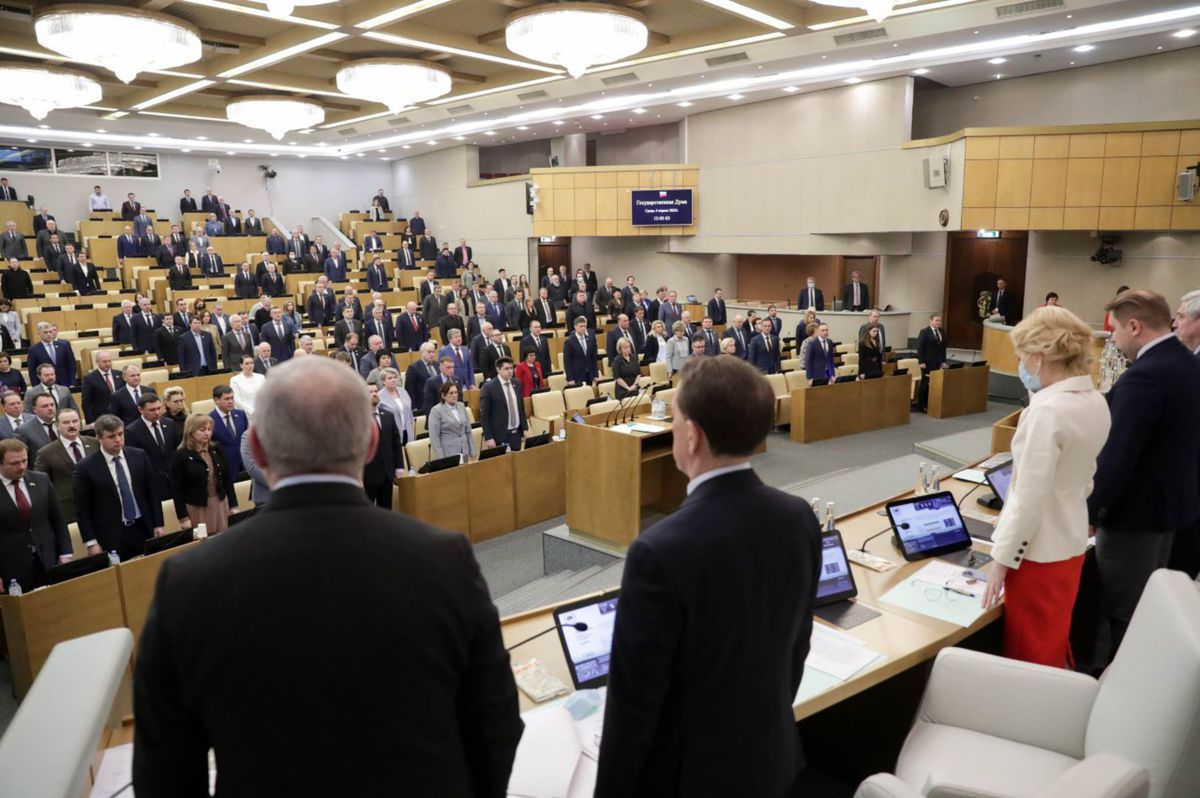 
A view of the meeting hall of the lower house of the Russian Parliament.


Apparently, few people expected that the legislators would show their involvement in the partial mobilization. It happened: five deputies asked Defense Minister Sergei Shoigu to turn them from reservists into serving soldiers. Four MPs from the ruling United Russia party and one lawmaker from the Liberal Democratic Party of Russia are interested in joining the front.

Dmitry Chubezov, who is 50 years old, was once a medic in the military and would also like to work after mobilization. “I will ask for the most dangerous sector of the front and I am ready to work also as a medic who takes guys out of the battlefield where it is most dangerous. I am sure that they will support me, because the army and military doctors have always gone hand in hand,” the United Russia website quoted him as saying.

Andrej Turčak, the first secretary of United Russia, informed about the intention of several deputies to go to the front. “Their request will be assessed by the Ministry of Defense,” he noted.

Another candidate from the ruling party is 54-year-old MP Dmitrj Sablin, who often uses nationalist rhetoric. He even perceives the fighting in Ukraine more or less as a conflict between Russia and NATO member states and other supporters of Ukraine. “55 Western countries are actually fighting against Russia now. Their command, weapons and venomous hatred of Russia are directed against all of us,” the United Russia website quoted him as saying. Sablin added that the West had forgotten that Russia always won. He used the cases of the defeat of Napoleon and Hitler.

Another timid MP from the ruling party is 47-year-old Vitalij Milonov. He stated that he is already in the Donetsk region, in the territory occupied by the Russian army (but he is still a civilian). He claims that the relatives knew nothing about it. When asked what they told him about wanting to go to the field of combat operations, he answered briefly. “Well, how did they react… They learned about it from the media. Everything is normal, they understand,” the Fontanka server quoted him as saying.

The fourth candidate for mobilization from United Russia is 51-year-old MP Sergej Sokol. “I was born in the family of a naval officer, and I know from childhood what a military oath is and true service to the motherland. I have three sons and I want to be the same example for them that my father still is for me. That’s why I submitted a request for my mobilization on the very first day,” he explained in a video recording on the YouTube channel.

From the Liberal Democratic Party of Russia, 49-year-old MP Stanislav Naumov is asking to be transferred to the front. He, like the aforementioned four from United Russia, sent a written request to Shoigu. “After studying at the military department, I received the rank of lieutenant in the reserve. I have not served in the army and my military expertise is not included in the list of those that are given priority in the framework of partial mobilization, but I am ready for retraining,” he told the URA agency.

However, there is a catch to it all. Although the Chairman of the State Duma, Vyacheslav Volodin, warned the deputies that they are not “armored” against mobilization, what is important is what the legislation states. to military service for mobilization,” wrote the Vedomosti newspaper.

The decision of the Minister of Defense, which could be expected in the next few days, will indirectly show whether the statements of the five politicians were part of state propaganda about the patriotic duty to obey the mobilization order or whether the same yardstick is applied to all Russians, regardless of their position in society. Shoigu could appeal to the fact that the law does not allow the mobilization of members of both chambers of the Russian parliament.