Europe is by no means helpless in the face of a Russian war. Laurence Boone, State Secretary of the French Department of Diplomacy, stated this for Pravda. The interview with her took place in written form. 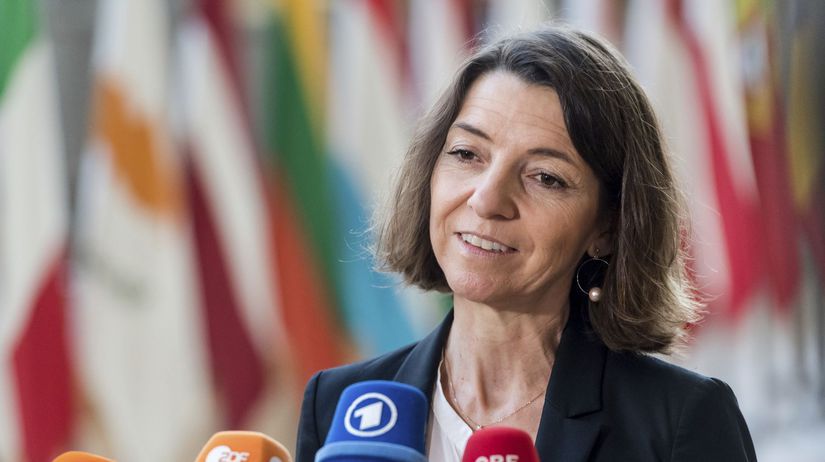 
Especially from Eastern and Central Europe, voices are often heard that France, given its strength, could help Ukraine even more, mainly by supplying weapons. Do you agree with this criticism? Could France do more to help Ukraine in any area? Is he going to do more?

France has been on the side of Ukraine since the very beginning of the war and is helping it in every possible way. From an economic point of view, we are talking about more than two billion euros of bilateral aid. We were the first country to send humanitarian aid within the European framework. In terms of military support, we are the fifth largest donor. We supply precisely selected weapons that meet the requirements of the Ukrainians, such as Caesar howitzers or armored vehicles. In the near future, we will also provide Kyiv with other air defense and artillery systems. We will help Ukraine survive the winter in the humanitarian and financial fields. On the initiative of Presidents Emmanuel Macron and Volodymyr Zelensky, we will hold a conference on December 13, 2022 in Paris with the aim of strengthening Ukraine’s resilience. Together with international donors, we will focus on four main areas. Healthcare, food, water and, of course, energy, which Russia uses as an instrument of war when it deliberately bombs Ukrainian infrastructure. In all these sectors, we will look for financial resources that could be used very quickly, but we also want to use material aid in the form of the purchase of generators or the repair of large-capacity accommodation centers and the like. The Paris conference will also aim to create a coordination mechanism among donors to ensure that the mobilization of the international community is as closely linked as possible to the most urgent needs of the Ukrainian population. The event will also include a forum on the involvement of the private sector. Our support for Ukraine is also part of the historic mobilization of the European Union in the face of Russian invasion. At the military level, France is part of the European Peace Instrument. It participates in a training mission for Ukrainian soldiers and in the economic and humanitarian field contributes mainly to the EU civil protection mechanism and accepts Ukrainian refugees who use the temporary protection mechanism.

Ukraine is currently doing well militarily. What should the European Union do now so that Kyiv can maintain this development?

As you know, the war that Russia is waging in Ukraine is exhausting. Therefore, the main challenge is to ensure the sustainability of Ukrainian forces. For this purpose, we have two basic European mechanisms. The first is the European Peace Instrument, which finances the supply of equipment and weapons to the Ukrainian army, as well as their maintenance, thereby helping to rebuild the Ukrainian armed forces. Slovakia contributes to it, as do France and Germany, which provide almost half of the budget of this mechanism. The European peacekeeping instrument has so far provided more than three billion euros to reimburse each country part of its expenditure in connection with the donation of arms to Ukraine. Another important initiative is a new European training mission for Ukrainian soldiers, which will allow their units to restore specialized capabilities. In France, as part of this mission, we will receive more than two thousand soldiers, who will be trained in various areas, according to the needs of the Ukrainian armed forces. We have already trained 400 Ukrainian soldiers, mainly in the use of equipment supplied by France.

The Russian invasion affected the European security architecture in an absolutely fundamental way. It also showed that Ukraine could not manage the war only with European support, it also needs the USA. What are the first lessons for European security from the conflict from France’s point of view?

Such a view of the matter, according to which Europe is powerless to help Ukraine to defend itself, does not correspond to reality at all. It is true that in connection with the war, we created more of the EU and more of NATO, so to speak. And we are proud of it. In recent months, and especially during the French Presidency of the Council of the EU, we have made great progress in strengthening the ability of Europeans to defend themselves and their allies. As I mentioned earlier, we adopted the Strategic Compass, the first European White Paper on security, and created an ambitious framework for EU defense action. At the same time, in a record short time, we supported several packages of sanctions against Moscow, which have a great impact on the Russian economy. We are helping the Ukrainian justice system to investigate the atrocities committed by Russia. So you see that Europe is anything but powerless. We learn from this conflict that the Union and NATO are two fundamental pillars of our collective security, which reinforce each other, and which we must continue to mobilize together in support of Ukraine.

Is France satisfied with the solutions at the European level regarding mainly energy prices, but also inflation and other financial issues?

Energy prices for households, businesses and municipalities in our countries are too high. That is why we supported all European efforts to reduce them. That is, coordinating the filling of our gas reservoirs already in the summer or setting goals for reducing electricity and gas consumption and creating a platform for the joint purchase of gas, especially with the aim of replenishing our reserves for the winter of 2023–24. So much has been done, but we must continue. We need to effectively reduce gas prices and, above all, break the vicious circle between gas prices and electricity prices. This last reform is of fundamental importance, which is why we support our citizens to switch, for example, to electromobility. In addition to energy prices, we also expect new proposals from the European Commission to advance the introduction of European mechanisms of financial solidarity, with the aim of preventing any economic fragmentation, as requested by the last European Council.

The recent meeting between French President Macron and German Chancellor Olaf Scholz showed that the friendship between Paris and Berlin remains alive, according to the Elysee Palace. However, is the Franco-German engine really working at the moment or do you see problems in this relationship and what are the consequences? The German economic package for 200 billion or the negative attitude towards the ceiling on gas prices, it seems, did not please France very much.

Franco-German relations remain the driving force of Europe and I think we have entered a new phase with joint projects in the field of European defense, space and industry. Our dialogue at all levels has never been so intense. After the President’s meeting with Chancellor Scholz on October 26, Minister for Europe and Foreign Affairs Catherine Colonna received her ministerial colleague Annalena Baerbock in Paris. Macron also spoke with her, who also spoke with Vice-Chancellor Robert Habeck and Finance Minister Christian Lindner. I accompanied Prime Minister Élisabeth Borne on her trip to Berlin on November 25, where she met the Chancellor and the Vice-Chancellor. Different opinions do not prevent us from dialogue. On the contrary, thanks to them our relationship is so strong. For example, in the field of energy, we agreed on the contours of our energy solidarity. We are currently importing electricity and have been supplying gas to Germany since October. We are also preparing for the 60th anniversary of the Elysian Treaty, the bilateral agreement that established reconciliation between France and Germany after World War II, which we will celebrate on January 22 with concrete initiatives and projects.

VIDEO: Does he direct President Čaputová? The US ambassador reacts

Also in view of the approaching 30th anniversary of diplomatic relations between Slovakia and France, what do you see as the main areas of cooperation and which are the ones that Paris would like to deepen?

In France, we are proud of the great relationship of friendship and trust that we have built with Slovakia over the past 30 years. We have a common opinion on Europe, on the future of our democracies, on the reaction to Russia’s war against Ukraine. I particularly admire the fight of your president Zuzana Čaputová for the protection of the rule of law, the fight against corruption and the protection of journalists. I know what an inspiring personality he is for the young generation in Slovakia, and I think we need such role models to give hope to European civil society. That’s why I’m glad that I’m visiting Bratislava. With the State Secretary of the Department of Diplomacy, Andrej Stančík, I will discuss the possibilities of French-Slovak cooperation in fundamental topics for the future of our democracies in the European framework, in order to fulfill the expectations of our citizens.