They had not yet recovered from one mass shooting when, two days later, California law enforcement officers had to intervene a second time. Not far from the city of San Francisco, on Monday afternoon local time, they arrested a shooter who killed seven people in two related cases.

Four people died at the mushroom farm, according to San Mateo County Sheriff Dave Pina. Another three people lost their lives at a shipping company on the outskirts of Half Moon Bay. The suspect in both shootings is 67-year-old Chunli Zhao.

As Pine added, the man worked in one of the businesses for many years. Referring to the local media, the shooter apparently went on a rampage after a dispute at the workplace. Roughly two hours after the first police outing, the lawmen arrested the suspect Chunli in front of the sheriff’s station. He did not resist the arrest.

This is the second mass shooting in California in the last two days. The first took place on Saturday evening local time in the city of Monterey during the Chinese New Year celebrations. In the dance hall, an attacker named Huu Can Tran († 72) shot ten people, the eleventh died in the hospital. Later he took his own life. 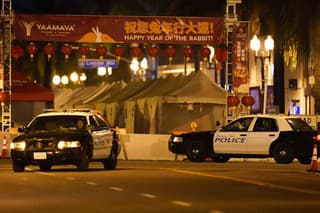 Californiaexperiencehorrorinnocentmanpeopleshot
By adminJanuary 25, 2023GlobalLeave a Comment on In California, they experience one horror after another: This man shot 7 innocent people!