Last year, Lucid finally launched the amazing Air electric sedan. And after the Dream Edition Performance and GT Performance versions, it represents the top one. It is the most powerful serial sedan, regardless of the type of drive. He can sprint to 100 km/h in under two seconds! 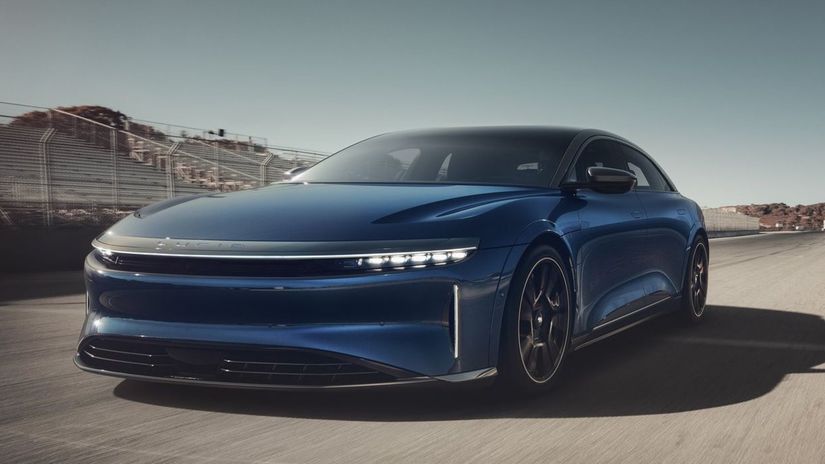 Lucid Air is Tesla’s black sea. The American startup was already able to bring a real rival to the Tesla S last year, four years after its introduction. Since then, it has introduced several performance-oriented versions. For example, the Dream Edition Performance, whose two electric motors produce 1,111 hp, and the GT Performance with 1,050 hp. But if you think that this is the top of the offer, you are wrong. Lucid has already promised that it intends to make the Lucid Air the most powerful production sedan on the planet, regardless of the type of drive, which would outclass even the Tesla S Plaid. And now he introduces himself. The novelty is called Sapphire and will be the first high-performance version of Lucid. This designation should later also appear on other high-end derivatives of the car company. What’s the trick? 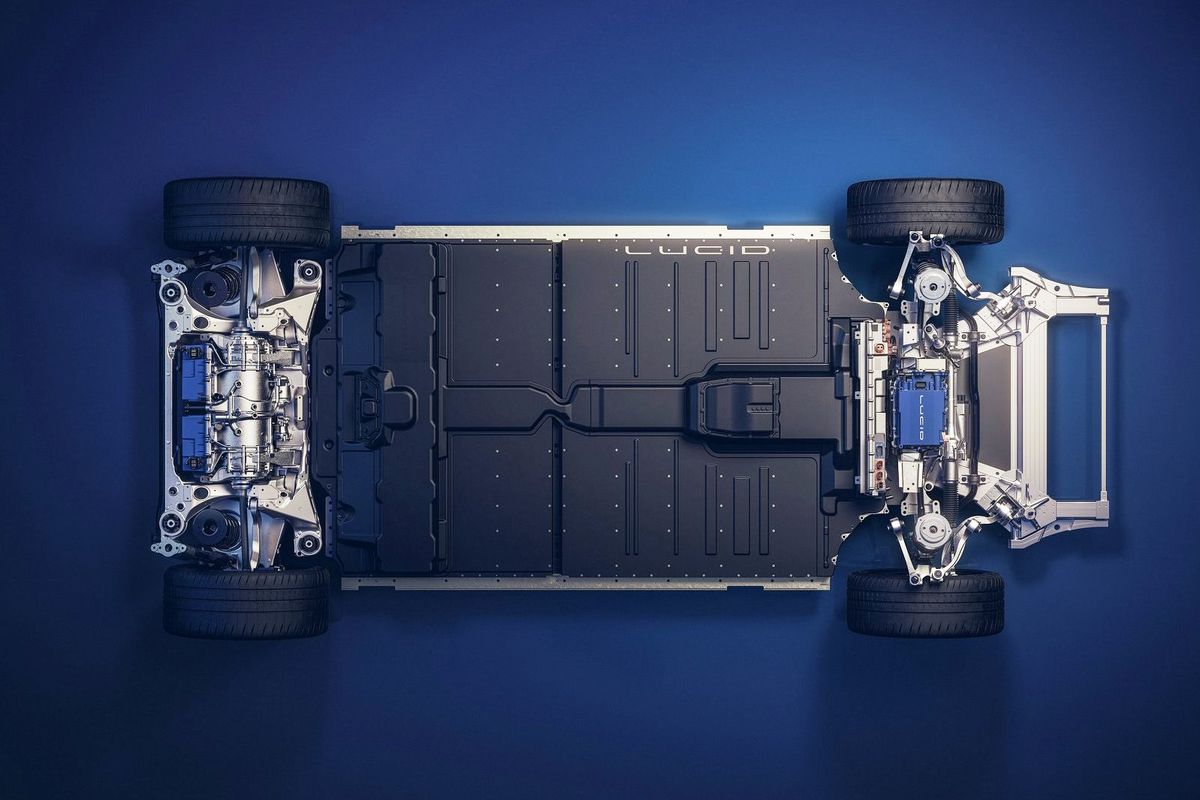 Lucid Air Sapphire – 2022 The three-motor system produces an incredible 895 kW. There are two electric motors in the back and one in the front, similar to the Tesla S Plaid. 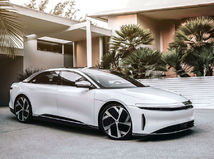 Read more Lucid Air: The electric supersedan takes your breath away. It will surpass Tesla and Porsche

Lucid Air Sapphire is equipped with three electric motors – one on the front and two on the rear axle. They deliver up to 1,200 horses, i.e. an incredible 895 kW. This portion of energy allows the luxury sedan to shoot to 60 miles per hour (0-97 km/h) in under two seconds. Just four seconds will be enough for it to reach 100 miles per hour (161 km/h) and the quarter mile should be completed in less than nine seconds. With that, the Lucid Air Zaphire should also leave behind the three-engine Tesla S Plaid with a power of 1,020 hp (761 kW). However, we do not yet know the maximum speed. In order for the new version to be capable of such dynamics without limiting the number of accelerations, the motors have a cooled stator and the rear ones also have a new heat exchanger for increased coolant flow. 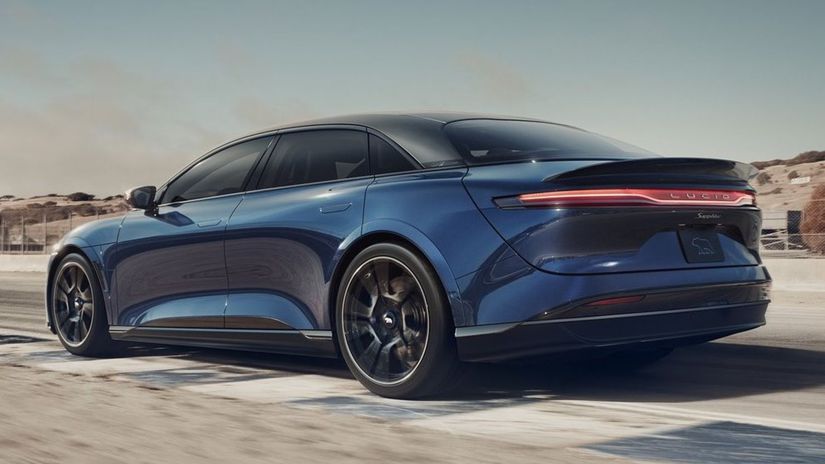 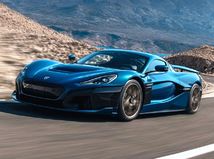 Read more Rimac Nevera: Croatian ‘storm’ has 1.4 MW! Chiron beats the hell out of it

Adrenaline dynamics are accompanied by other modifications that qualify the Lucid Air Zaphire for driving around the circuit. Sapphire has stiffer front and rear springs, different shock absorber settings and specifically tuned traction control. Ceramic brakes, sports steering and wider Michelin PS4S tires with a profile of 265/35 R20 on the front and 296/30 R21 on the rear wheels are standard. The advantage of the three-motor system should be torque vectoring between the rear wheels, which will contribute to higher stability in turns. The changes did not bypass the aerodynamics either. The air flow is the result of trying to achieve a balance between the necessary pressure and low air resistance. 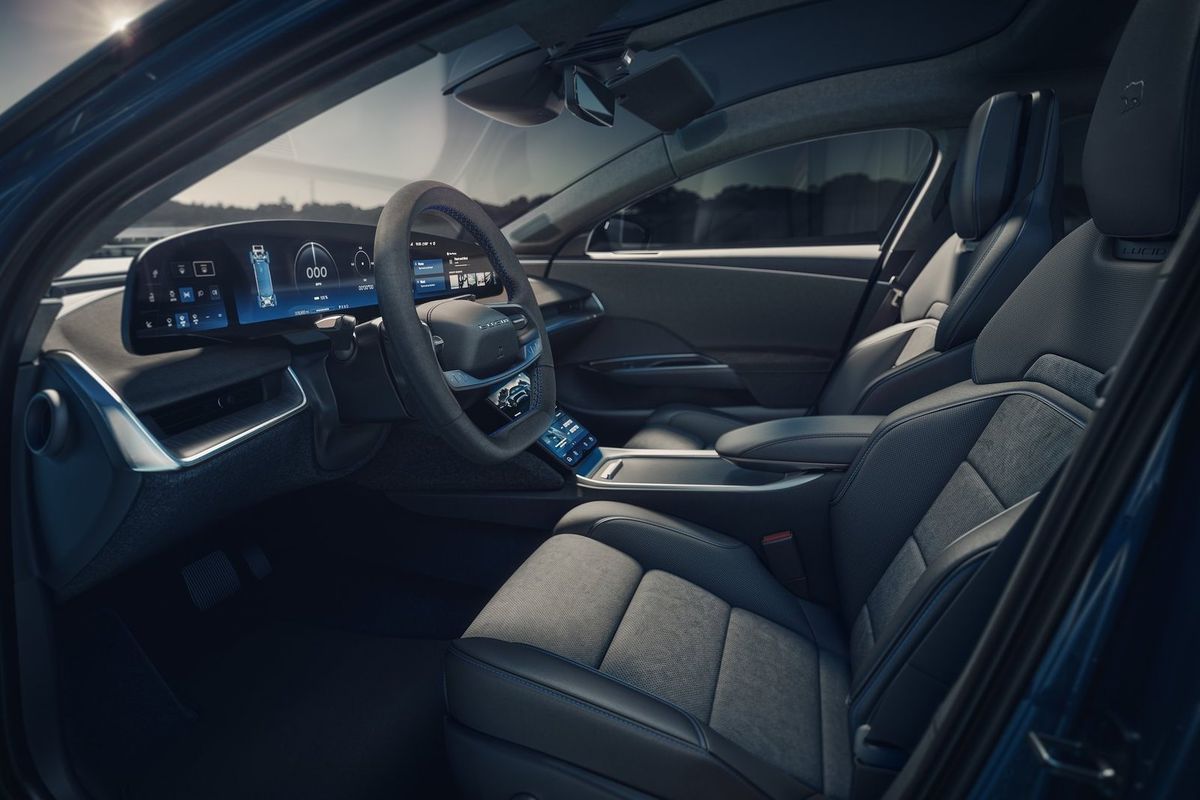 Read more The Porsche Taycan has the Nürburgring record back. It was ‘stolen’ by Tesla S

This electric beast will draw attention to itself with a new shade of Sapphire Blue body paint and the recently introduced Stealth Look package, which will give the exterior a “sinister” character. Eighteen-way adjustable sports seats covered in black Alcantara with contrasting Sapphire Blue stitching appear in the cabin. Lucid promises that even though the seats are designed for spirited driving, they will still provide enough comfort. They did not give up the ventilation or massage function either. There is a detail in the form of a bear silhouette on the headrests. The dashboard and doors are trimmed in dark Mojave wood veneer, while the steering wheel and interior upholstery of the Glass Canopy roof are trimmed in black Alcantara.

The new Lucid Air Sapphire was presented in its native California at the prestigious Monterey Car Week event. The American automaker will produce a limited number of it, but has not yet revealed how large a series it will be. In any case, it will be a very expensive electric car, if not the most expensive, since each Lucid will be priced at $249,000, which is 248,980 euros.

airhammerhorsepowerinsaneLucidMotorsnewsPhotoPlaidsapphire:tesla
By adminAugust 24, 2022AutomobileLeave a Comment on Lucid Air Sapphire: The Tesla Plaid ‘Hammer’ Has Three Motors and an Insane 1,200 Horsepower