Britain will provide the Ukrainian military with an improved model of the Brimstone laser-guided missile, which has twice the range of the previous version. The Daily Telegraph reported about it on its website, which was referred to by the British station BBC.

Brimstone 2 missiles are usually launched from fighter jets, but Ukrainian forces use modified trucks as a launch platform. The UK first handed over first-generation Brimstone missiles to Ukraine about six months ago. However, a video now released by the British Air Force shows a more advanced model being prepared for transport at a base in Oxfordshire, England.

The missiles, each of which costs around 175,000 pounds (201,987 euros), are intended primarily to hit ground targetsincluding vehicles moving at high speed.

Using high-frequency radar, Brimstone can select the most suitable from a pre-programmed list of targetswhile not affecting civilian vehicles or less important military equipment.

Due to laser guidance and high accuracy, missiles of this type can be launched in densely populated areas, which reduces the probability of civilian casualties. In recent months, weapons of this type have been largely responsible for slowing down or even stopping the advance of the Russian army in Ukraine.

British Prime Minister Rishi Sunak announced the allocation of another package of military aid to Ukraine in the amount of 50 million pounds during his weekend visit to Kyiv, the Daily Telegraph recalled.

According to this source, deliveries of Brimstone missiles are apparently not part of this package, which rather includes shipments of weapons and ammunition for Ukrainian air defense units to combat the Shahid-136 drones supplied to the Russian military from Iran. 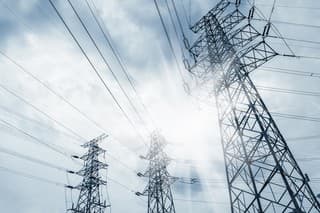 aidBritishcostfightFortunemassivemissilesRussianssendsupermodernUkraine
By adminNovember 22, 2022GlobalLeave a Comment on Massive aid for Ukraine: the British will send super-modern missiles to fight against the Russians, they cost a fortune