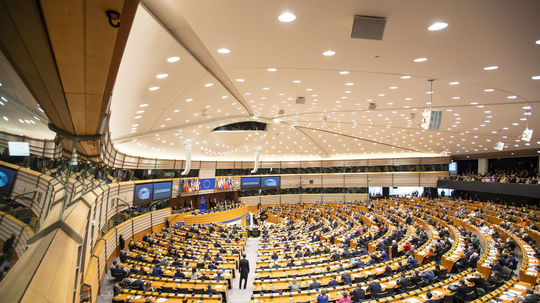 The MEPs approved a resolution in which they label Russia as a state supporting terrorism for the deliberate attacks of the Russian army on civilian targets in Ukraine. They also called on the EU authorities to include some units fighting on the Russian side in Ukraine, such as the private mercenary group Wagner, on the list of terrorist organizations.

The parliament would also like to create a system of war reparations paid from funds seized from the Russian state. Almost 500 deputies voted for the resolution, the European Parliament has 705 seats.

We will update the report.

approveddesignationMEPsRussiaStatesupportingterrorismthe WagnersWagner groupwar in Ukraine
By adminNovember 23, 2022GlobalLeave a Comment on MEPs approved the designation of Russia as a state supporting terrorism