The temporarily appointed Minister of the Interior Roman Mikulec (OĽANO) would agree to the change of section 363 of the Criminal Code. He states it on the social network. Based on the events of the last few days, according to him, it is appropriate for the Constitutional Court (ÚS) of the Slovak Republic to comment on it.

He therefore supports the initiative of the President of the Slovak Republic, Zuzana Čaputová, who wants to contact him on this matter. “Would I agree with the change of section 363? Certainly yes. I am also of the opinion that a change as such in the structure of the prosecutor’s office in Slovakia and the resulting use of such remedies should occur,” noted Mikulec, saying that, according to him, section 363 is somewhat unique in Slovakia in the sense that there is no remedy against it.

According to Mikulc, paragraph 363 was already used to cancel the criminal prosecution, where no one had been accused yet. Mikulec does not want to dispute whether the relevant paragraph has already been used several times by the Prosecutor General. According to him, there are different opinions on it. However, he also points out what the Criminal Code says about the use of section 363. “Even the events of the last few days have shown that it is completely appropriate for the Constitutional Court to comment on the use of this tool. That’s why I fully support the initiative of the President of the Slovak Republic in this matter,” Mikulec pointed out. 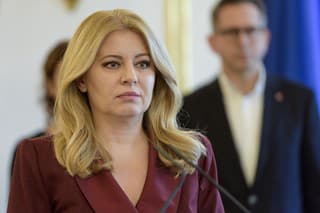 The President announced last week that the wording of section 363 of the Criminal Code will be challenged at the ÚS SR. She is convinced that the current wording of Section 363 and the powers that the Prosecutor General has based on it interfere disproportionately with the independence of the judiciary, but also do not contribute to building trust in the judiciary. Even the interim Prime Minister of the Slovak Republic Eduard Heger (OĽANO) did not avoid criticism for overuse of Section 363 of the Criminal Code. Prosecutor General Maroš Žilinka said in response that he rejects the involvement of the prosecutor’s office in the political struggle.

agreechangedisputedMikulecmoveparagraphpresidents
By adminJanuary 25, 2023GlobalLeave a Comment on Mikulec on the disputed paragraph 363: This is what I think about its change! Does he agree with the president’s move?