The January development at MR Štefánik Airport in Bratislava has already been affected by the coronavirus variant omicron. The reduction in the number of flights and their suspension has an impact on the revenues expected by the airport.

Other solutions to stabilize the situation are currently being sought. This was stated for TASR by Dušan Keketi, CEO and Chairman of the Board of Directors of Bratislava Airport. The head of the airport explained that the carrier Ryanair reduced the number of flights between January 10 and 31, and Wizz Air does not sell most flights until the end of March.

“This suspension and reduction of flights has, of course, a major impact on the revenues we have finally expected after two years.He noted that, depending on how the option behaves in the coming period, line renewal will either accelerate or reach the full first quarter. improving the visibility of the airport, but also the development of cargo transport, which should help stabilize the situation caused by the pandemic.

Keketi noted that in the new calendar year 2022, a new Ryanair line to Lviv was the first to be added on January 2, but it is suspended for three weeks after January 10. A new route to Zagreb will be added from March 27, which will also be launched by Ryanair. He will then add flights to Sofia from March 29.

The flights of the new carrier, SkyUp, to Kharkov, Ukraine, are expected to start on April 29. With the transition to the summer schedule from March 26 to 27, Ryanair also offers other new destinations, namely Dalaman in Turkey and Trapani in southern Italy.

According to Keketi, flights with this carrier to Canary Islands, Lanzarote Island, and Copenhagen, compared to winter, the offer will be extended by the classic summer seasonal connections to Mallorca, Sardinia, Cyprus, Corfu and Burgas. “Other summer destinations will be known around March, when a series of charter flights for the summer season 2022 will be updated,” added the airport’s general manager for TASR. 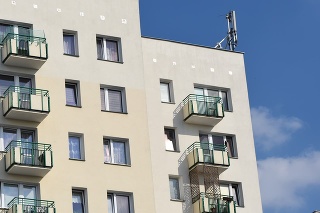 affectedairportBratislavaFinancesomikronPreparationprojects
By adminJanuary 22, 2022GlobalLeave a Comment on Omikron has also affected the finances of Bratislava Airport: It has several projects in preparation