The Russian aggression has caused indescribable suffering in Ukraine for more than nine months, an estimated 100,000 Ukrainian soldiers and more than 20,000 civilians have died because of it. This sensitive data was published on Wednesday by the President of the European Commission, Ursula von der Leyen. Immediately, however, he disappeared from her Twitter along with a video passage where he mentions the Ukrainian losses. 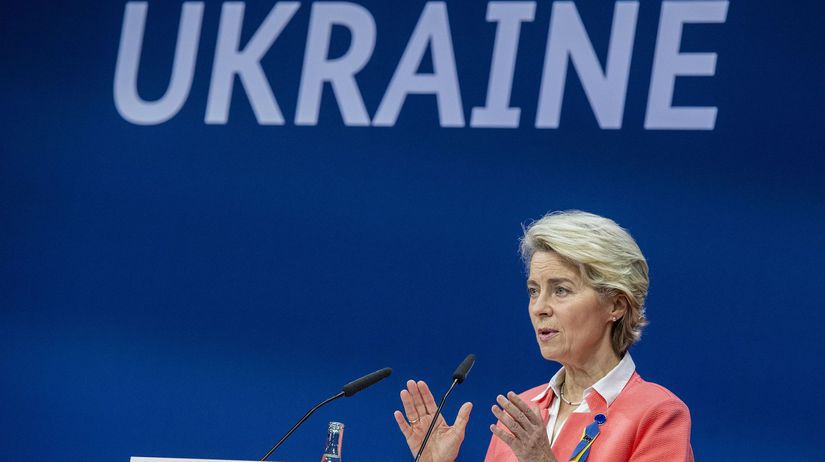 
The spokesman of Ukrainian President Volodymyr Zelensky, Serhii Nykyforov, called the information about the losses “sensitive” for the portal suspilne.media, therefore, according to him, only the Ukrainian Minister of Defense or the head of state can publish them.

Brussels explained the modification of von der Leyen’s statement on the social network with the necessary clarification. The director for political communication of the European Commission, Dana Spinantová, explained that the published figures also include the injured. “Many thanks to those who pointed out the inaccuracy in the numbers in the previous version of this video. The estimate used from external sources was supposed to be about casualties, i.e. dead and wounded, and it was supposed to show the brutality of Russia,” Spinantová wrote on Twitter.

Many thanks to those who pointed out the inaccuracy regarding the figures in a previous version of this video.

The estimation used, from external sources, should have referred to casualties, i.e. both killed and injured, and was meant to show Russia‘s brutality. https://t.co/GesDe7bK8v

Von der Leyen spoke about the Ukrainian losses in a video where she published the proposal of the European Commission to confiscate the assets that the countries of the European Union had frozen for Russia in response to the invasion of Ukraine. According to her, the confiscated funds should be used for the compensation of war damages and the post-war reconstruction of Ukraine. The EU executive also proposes to create a special international tribunal for Russian war crimes, its head said.

According to von der Leyen, in addition to human losses, Russian aggression has caused damage to Ukraine estimated at 600 billion euros.

“Russia and its oligarchs must compensate Ukraine for the damage and cover the costs of rebuilding the country. And we have the means to make Russia pay,” declared von der Leyen. According to her, as part of unprecedented sanctions, the Union blocked 300 billion euros from the reserves of the Russian Central Bank and froze 19 billion euros from the assets of Russian oligarchs.

According to von der Leyen, the Union would like to create a structure together with its partners that would invest the money and use the profits to help Ukraine.

In particular, the countries of the eastern wing of the union have been proposing since the spring that the European bloc seize frozen assets and use them to finance economic aid to Ukraine and its post-war reconstruction. EU states agreed on Monday to include sanctions evasion as a criminal offense, opening the way to confiscation of assets. At the same time, legal experts warn that it will not be easy to confiscate the assets of oligarchs or banking institutions, and long-term lawsuits may be at risk.

The head of the commission also said that Brussels will start working on the creation of a special tribunal to investigate and condemn possible crimes committed by Russia in Ukraine.

“We are ready to start working with the international community to get the widest possible international support for this court,” von der Leyen said.

The International Criminal Court in The Hague (ICC) was involved in the investigation of possible war crimes or crimes against humanity. However, he cannot judge the crimes of war aggression, unless Ukraine and Russia agree to it. Kyiv and some EU countries have long been calling for the establishment of a tribunal dealing only with the war in Ukraine. However, the Union has not been united in this matter so far. According to von der Leyen, the EU will continue to cooperate with the ICC, but at the same time wants to get the support of the UN for the creation of the tribunal. According to legal experts, the support of the UN General Assembly is crucial for the eventual creation of a special body.