Provocation and incitement of nationalistic passions! The scarf of Hungarian Prime Minister Viktor Orbán (59), on which was depicted not the current Hungary, but the historical Hungary, lifted politicians from their chairs all over Central Europe.

Although Orbán claims that he didn’t really want to say anything to the scarf, the governments of Slovakia, Romania, Ukraine and Croatia do not believe him and talk about nurturing historical resentments. What do politicians and famous personalities from the Hungarian minority in Slovakia think about his move?

Orbán wore a scarf with Great Hungary around his neck during Hungary’s soccer match with Greece. “Football is not politics. Let’s not associate it with something that isn’t there. The Hungarian national team is the team of all Hungarians, no matter where they live,” Orbán defended himself. However, according to the countries neighboring Hungary, these are just excuses, the Hungarian Prime Minister knew very well what the map shows and what he wants to tell his voters. “Disgust and humus,” the head of Slovak diplomacy, Rastislav Káčer, commented on Orbán’s scarf already on Tuesday.

On Wednesday, he added that this is not the first such step by the Hungarian representatives. “If someone did it once in a while, we can look past it gallantly and with a smile. However, we perceive this gesture in the context of the events that are developing and happening. It is the tip of the iceberg and a moment that had to be reacted to,” says Káčer. Not only Orbán, but also other politicians of his Fidesz often use the symbolism of historical Hungary, the map of old Hungary hung in the Fidesz headquarters at least in the past. 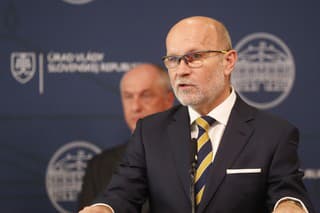 famousgreatHungarianHungarymapminorityOrbánspersonalitiesscarfSlovakia
By adminNovember 24, 2022GlobalLeave a Comment on Orbán’s scarf with a map of Great Hungary: What do famous personalities from the Hungarian minority in Slovakia think about it?!