Without the support of the UN General Assembly, it would be legally difficult to establish a tribunal to investigate Russian aggression against Ukraine, legal experts said during a speech in the European Parliament on Monday, the EUObserver website writes.

Despite the fact that the issue of the provisions of the special tribunal will be discussed by the EU member states and the European Commission in the coming weeks, experts in international law warn that the current legislation is not sufficient to be able to conduct legal proceedings in the matter of Russian aggression against Ukraine.

The jurisdiction of the International Criminal Court (ICC) is to investigate genocide, war crimes and crimes against humanity with the consent of the state on whose territory these acts were allegedly committed. However, the court cannot investigate the “crime of all crimes”, i.e. the crime of aggression, if both the attacked state and the aggressor do not agree.

“All options are legally problematic because there is no special tribunal competent to investigate the crime of aggression,” Olivier Corten, an international law expert at the ULB (Université Libre de Bruxelles) in Brussels, told MEPs. 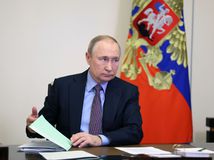 Read more Putin’s bloody fiasco. He is a bigger bum than Brezhnev was

Vice-President of the European Council for Foreign Relations (ECFR) and former Swedish Prime Minister Carl Bildt proposed a solution in the form of an agreement between the EU and Ukraine, or a solution with the participation of the Council of Europe. Another option may be to request the establishment of UN General Assembly tribunals.

The crime of aggression is a so-called “crime of leadership” – it can only be committed by those in power, not those who carry it out. In the case of Russia, such an accusation would target President Vladimir Putin instead of the soldiers who carried out his will.

However, the crime of aggression, like others, is covered by the immunity of the leading representatives of states. The international tribunal could theoretically sidestep the problem if it were created by a binding UN decision that would compel Russia to cooperate, said Vaios Koutroulis, another legal expert at ULB. However, this is an unlikely development of the situation, since Russia is a permanent member of the Security Council, the executive body of the United Nations, with the right of veto. 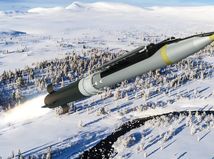 Read also Where are the Russians hiding? Ukrainians can shoot further than with HIMARS

Koutroulis therefore suggested delegating responsibility to the ICC, or resolving the matter through a General Assembly resolution that would establish the tribunal. However, this would allow the assembly to exceed its powers, which, according to the high-ranking representative of the ECFR, Frank Hoffmeister, would be unacceptable to the EU states. According to him, the General Assembly has already called Russia’s actions towards Ukraine aggression.

Instead, Hoffmeister proposed the creation of a temporary special prosecutor’s office that would deal with the preparation of the indictment without deciding on the form of the tribunal.

Both Koutroulis and Corten agreed that eventually the Rome Statute of the International Criminal Court, on the basis of which the institution was established, would have to be amended.

Expertsinternational criminal courtlegallymaskProblematicprosecutingprosecutionputinsomevladimir putinwar in Ukraine
By adminNovember 29, 2022GlobalLeave a Comment on Prosecuting Putin? According to experts, it would be legally problematic