Russian mothers are collecting signatures for a petition calling for an end to the war against Ukraine and for the soldiers to return home. The propagandistic meeting of the head of the Kremlin with carefully selected women who lost their sons at the front clearly did not affect many mothers. 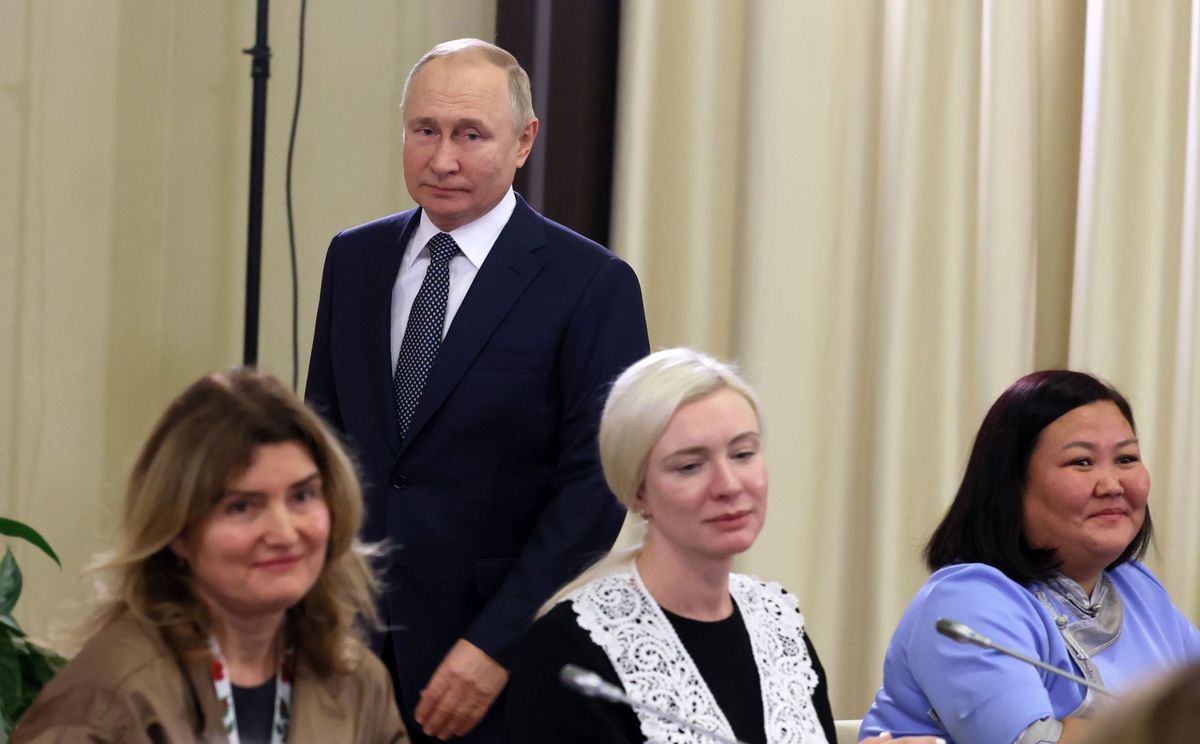 
Pictured in the background is Russian President Vladimir Putin during a meeting with mothers of military personnel serving in a special military operation ahead of Mother’s Day at the Novo-Ogaryovo residence outside Moscow, Russia on November 25, 2022.


VIDEO: Vladimir Putin talks with Marija Kostyukova, whose son – an officer fell in Ukraine. Sample from a meeting with selected mothers who have children in war. The Kremlin released a more than two-hour recording of the meeting.

The Kremlin refused to comment on the online petition. “Unfortunately, I haven’t seen the petition, so I can’t comment on it,” Interfax quoted Dmitry Peskov, spokesman for President Vladimir Putin, as saying. “I can’t evaluate it because I don’t understand what it is about, what it means,” he added.

The anti-war petition is the response of discontented Russian mothers to attempts to indoctrinate them with sweet talk. On Friday, Putin met with a group of 17 selected women who, according to pro-Kremlin media, represented mothers of soldiers.

However, critics speak of a thoroughly staged speech, the recording of which was broadcast on national television. One of the participants was identified by the Meduza portal as a deputy of the Moscow city district and a member of the ruling United Russia party, another as the head of the executive committee of Putin’s pro-government group All-Russian People’s Front, and to the left of the head of the Kremlin sat a director of ultra-conservative nationalist films. “Whether the sons or other relatives of these women are really fighting in Ukraine is unknown,” the Meduza portal wrote.

At the meeting, Putin chose a strange way to convince the mothers and wives of the fallen soldiers about the meaningfulness of the death of their loved ones. He consoled them by arguing that it was better than them dying in a road accident or drinking themselves to death.

“About 30,000 people die in traffic accidents in our country. About the same number as a result of alcohol,” the Kommersant daily quoted the head of the Kremlin as saying.

“We are all mortal. And one day we will all leave this world. It cannot be avoided. The question is how we lived. For some, it is not even clear whether they are alive or not. And how they leave – from vodka or something else. And then they leave – and did they live or not?” he philosophized after the words of a mother who allegedly lost her son in the war. “But your son lived. And his goal was fulfilled. This means that he did not leave his life in vain,” added Putin.

The petition was launched on Sunday, when Mother’s Day falls in Russia, by groups of mothers of mobilized soldiers and the Feminist Anti-War Resistance movement.

The authors write in the petition that since the Russian invasion of Ukraine, the situation of Russian families is only getting worse. Western sanctions caused by the military operation in Ukraine lead to an increase in inflation, which devalues ​​all state benefits for mothers and children, which were insufficient even before the war. They recalled that according to official statistics, almost every fifth child in Russia lives in poverty.

“The state encourages us to give birth more and then plunges us into poverty or sacrifices our children to its ambitions,” the women complain in the petition. Instead of the empty title of “heroine mother” that President Putin restored this month, they are demanding real measures to ensure families have a decent life. “The huge amount of money spent every day on military actions could be invested in our well-being. But instead of new nurseries, maternity hospitals, schools and hospitals, we only get endless empty talk on TV about our ‘success’ and ‘greatness’,” the petition reads.

consoledconvincediedrunkhe calmed downmothersmothers Dayputinsonvladimir putinWarwar in Ukraine
By adminNovember 30, 2022GlobalLeave a Comment on Putin consoled the mothers: It is better for a son to die in war than to get drunk. He did not convince many