He is familiar with wars because he has known killing on the battlefield since his youth. He was involved in many military operations – initially directly in the field, where the guns rumbled, and later as a planner of the armed forces. Now he is probably facing the most difficult task in his life: to reverse, from Moscow’s point of view, the unpleasant development on the Russian-Ukrainian front. 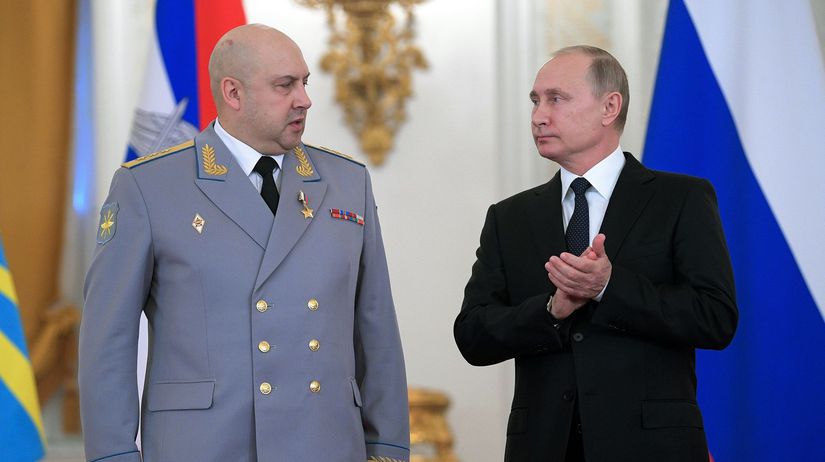 
Kremlin chief Vladimir Putin applauds Sergei Surovikin at a ceremony in the Kremlin to honor Russian soldiers who fought in Syria. Their chief was this general. The picture is from December 2017.


Army General Sergei Surovikin is the new commander of the Russian troops deployed in Ukraine. General Alexandr Dvornikov has been unofficially acting in this capacity until now. However, he was not regularly appointed to it. “So far, Moscow has never stated that anyone in particular has military command over the operation in Ukraine on the agenda,” Reuters noted.

Kyiv claims that Surovikin was already involved this Monday after Saturday’s explosion on the Crimean bridge, after which Russian President Vladimir Putin ordered a tough missile strike against Ukraine.

What will the situation on the Russian-Ukrainian front look like at the end of this year?

The war will be ended or suspended after a coup d’état takes place in Moscow, after which the current head of the Kremlin loses power.

There will be a ceasefire after the negotiations between Presidents Vladimir Putin and Volodymyr Zelensky.

The counter-offensive will bring significant territorial gains to the Russians in Ukraine.

The Ukrainian army will once again control all territories occupied by Russian soldiers.

“This is Surovikin’s procedure, the style of the new Gauleiter of the occupying army in Ukraine – to launch rockets at infrastructure, especially at civilian ones,” wrote the Ukrainian server Pravda, citing a source from the military counter-intelligence, saying that the general wanted to show the head of the Kremlin as quickly as possible the quick results of his appointed.

Russian retaliation for the apparent Ukrainian assassination attempt on the Crimean bridge basically targeted all geographical parts of Ukraine. Several civilians died in the retaliatory attack.

Surovikin is known for his toughness, which earned him the nickname the brute. However, in his youth he was threatened with being thrown out of the army. When he was a student at the military academy, he was accused of illegally selling a pistol. At the court, he heard the verdict, which read: a suspended sentence of six months. But later the verdict against him was overturned.

He had to confirm the nickname brute in 2005, for example, when he was the commander of a motorized rifle division in Chechnya. “The military unit under his command broke into houses, where his members robbed and beat local residents. Then they herded them into the school yard, tied their hands and laid them face down on the ground. They lay there like this for six hours in the rain,” claims the Ukrainian portal ZN.

So far, Surovikin’s most significant combat milestones have occurred since the spring of 2017, when Putin chose him to be the commander of Russian troops in Syria, which were ordered to help the country’s leader, Bashar Assad, stay in power during the raging civil war.

Under the command of Surovikin, it was possible to liberate more than 95 Syrian territories, which were controlled by fighters against the Assad regime. Putin duly rewarded him for this “on New Year’s Eve”: on December 31, 2017, he appointed Surovikin as the Commander-in-Chief of the Aerospace Forces of the Russian Federation. At the same time, strong suspicions remain on his name that he had a hand in crimes against humanity, when he probably ordered the execution of the deadly attacks against civilians in Syria.

Who is army general Sergey Surovikin

He celebrates his 56th birthday this Tuesday (October 11). After graduating from the military academy, he was sent to Afghanistan in 1987, where he was a member of the Soviet special forces. (Moscow’s invasion there lasted from 1979 to 1989.)

In August 1991, when there was an attempted coup d’état in Russia, he commanded a battalion that killed three demonstrators who were against the coup in the capital. After his suppression, Surovikin was detained and investigated for seven months. The charges brought against him were finally dropped, because Russian President Boris Yeltsin came to the opinion that he was only following orders. Later he was promoted to the rank of major.

He gradually went higher and higher in his career. He moved up significantly when he became commander of the Eastern Military District in October 2013. Two months later, he was appointed colonel general. Since the first half of 2017, he has been the commander of the Russian armed forces deployed in Syria. (The leader there, Bashar Assad, is an ally of Moscow.) For the successful military mission in Syria, Russian President Vladimir Putin awarded Surovikin the state award Hero of the Russian Federation.

In 2021, he was promoted to army general, which is the second highest military rank in Russia. Only the marshal is above her. The promotion led to speculation that he could one day become the next chief of the army’s general staff (a post held by 67-year-old army general Valery Gerasimov).

againstbruteJokerputinRussianssavesentSyriavladimir putinwar in UkraineZelensky
By adminOctober 11, 2022GlobalLeave a Comment on Putin sent a brute against Zelensky. Will the joker from Syria save the Russians?