Negotiations have stalled. While everyone involved in the doctors’ layoff negotiations say they have seven of the eight demands resolved, there is still no agreement.

The head of the trade union, doctor Peter Visolajský, announced that Finance Minister Igor Matovič (49) used an artificially created problem for his mega idea of ​​giving away tens of thousands of euros. Health workers claim that even 30,000 euros for experienced doctors will not convince them to withdraw the conditions for improving health care.

On Thursday, the negotiations moved to the Ministry of Health. It was a meeting after Matovič announced the day before that he would give certified doctors 10,000 euros and for each year of practice he would throw in a thousand up to 30,000 euros. Nurses and other health workers would receive five thousand. “We thought we had more or less agreed on seven things and were fine-tuning the details. But suddenly the partner comes to say that he has submitted a draft of an amendment to the employment contract for those people who have resigned, and in it you will find 10 more requirements. Such as a reduction of working hours from 40 hours to 37.5 or an additional week of vacation,” Matovič stated the reasons why he is suddenly changing the state’s proposal.

Trade union leader Peter Visolajský stated that Matovič invented a proxy problem in order to withdraw from the salary agreement and pull out his “nuclear weapon”. “I would like to deny Mr. Matovič’s statements that we submitted new demands. Employment contracts are an artificially created problem, we discussed it with the Minister of Health. That has been resolved and we do not even insist on it,” he said. 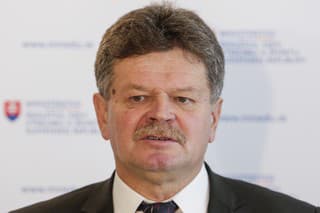 DoctorseurosnegotiationssalarystandstillTensthousands
By adminNovember 25, 2022GlobalLeave a Comment on Salary negotiations at a standstill: Will doctors take tens of thousands of euros?!