US investigators probing the crash of a Boeing 737 Max plane that killed all 157 people on board shortly after takeoff from Addis Ababa in March 2019 disagree with the conclusions of an Ethiopian investigation team regarding the cause of a sensor malfunction.

The National Transportation Safety Board (NTSB) said that the erroneous data from the MCAS stabilization sensor, whose job was to control the direction of the front of the plane, was most likely caused by a collision with a foreign object, such as a bird.

The Ethiopian Aviation Authority, on the other hand, claims that the sensor failure was caused by problems with the plane’s electrical installation, which existed since its manufacture.

However, the investigation teams of both countries agreed that it was a faulty sensor that caused the autopilot to start pointing the nose of the plane towards the ground and the pilots were unable to gain control of the steering and level the machine.

All 157 people on board died in the accident, including four Slovaks — the wife, daughter and son of politician Anton Hrenko and charity worker Danica Olexová. 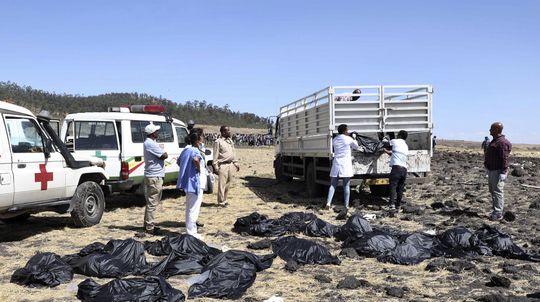 This air disaster led to the grounding of Boeing Max aircraft worldwide for almost two years.

aircraftan accidentbirdcausedcollisioncrashdiedEthiopianplaneplane crashSlovaksthey perishedwhich
By adminJanuary 24, 2023GlobalLeave a Comment on The crash of the Ethiopian plane, in which four Slovaks also died, was caused by a collision with a bird