In Thursday’s match of the 1st group of the A-division, the players of Croatia won over Denmark 2:1 and got to the top of the table by a point ahead of their opponent. France, which defeated the Austrians 2:0, came off the last place. In the 4th group, the Dutch are close to advancing, having won 2:0 in Poland, and a draw in the final meeting with Belgium is enough for them.

In Zagreb, the opening half hour did not bring many chances, but at the end of the half, the visitors had two good chances and shots by Joakim Maehle and Cristian Eriksen had to be eliminated by Dominik Livakovič. What the Danes failed to do before the break, the Croatians succeeded just after it. After the corner, the ball reached Borno Sosa on the edge of the penalty area, and he sent it right to the left post with a technical shot. The Croatians could have added more goals, but Ivan Perišič aimed just wide and Luka Modrič’s shot was caught by Kasper Schmeichel. The shock for the home team came in the 77th minute, when Eriksen got to the ball behind the penalty area and hit the crossbar from a distance. However, just two minutes later, Lovro Majer decided Croatia’s triumph with a cross shot from behind the defenders – 2:1. The French dominated the second match, not allowing the Austrians a single shot on goal and claiming their first ever victory in the group. They took care of their goals in the second half after Kylian Mbappe’s solo and Olivier Giroud’s precise header. Austria was relegated to the B-division.

In the 4th group, the Dutch beat Poland 2:0 at the National Stadium in Warsaw. The visitors opened the scoring after fourteen minutes when Steven Berghuis got loose on the right, sent a low pass into the small box and Cody Gakpo just directed a shot into the open goal. Poland created one of the few chances in the 53rd minute, but Piotr Zielinski missed from close range. Seven minutes later, a penalty came and after another nice action by the Netherlands, this time from the left side, Steven Bergwijn decided the triumph. The Dutch have thirteen points, three more than their last group opponent, Belgium. It led at home over Wales after just ten minutes when Michy Batshuayi found Kevin de Bruyne on the edge of the penalty area and he fired home from the first. In the 37th minute, they switched roles and it was 2:0. The Belgians had other chances in the first act, but they were unable to use them, and in the second they had to worry about the result. Five minutes after the change of sides, Kieffer Moore headed in, and Wales then created more half-chances. However, he failed to score and in the final match he will play against Poland to stay in the group. 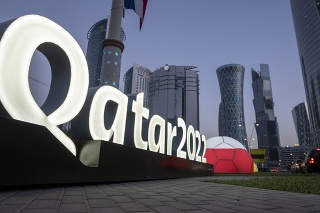 Kazakhstan won 2:1 in Astana over Belarus, gained 13 points and secured promotion to the B-division from the 3rd group of the C-division. Slovakia, which lost 1:2 to Azerbaijan in Trnava, loses seven points from third place. At the beginning of the match, the Belarusians were more dangerous and after 20 minutes they led 4:1 on shots. However, the home players were the first to get on the score sheet. In the 24th minute, it didn’t work out for Jan Vorogovské after a quick break, but five minutes later, Michail Gabyšev opened the net with a shot from the first. After that, the guests could not get in front of the opponent’s goal for a long time, but at the end of the half they managed to equalize thanks to a header from Pavel Savický. The Kazakhs turned on higher gears in the second act and for a long time it was only one goal. The Belarusians resisted until the 79th minute, when after a defensive error, the captain of the home team Bakhtijor Zajnutdinov prevailed and decided to advance. In the end, goalkeeper Igor Šackij made an excellent save and did not allow Ivan Bachar to equalize.

In the 1st group of Céček, the Turks managed to score at home with Luxembourg (3:3) and they are certain to progress. The Faroe Islands drew with Lithuania 1:1. In Group D, the Latvians did not seal their progress, losing at home to Moldova 1:2 and missing one point. 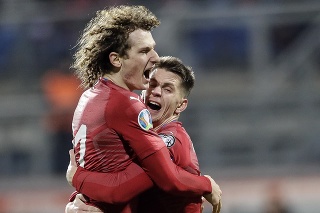 5th round of the League of Nations:

CroatiansDutchLewandowskisilencedtabletop
By adminSeptember 22, 2022GlobalLeave a Comment on The Dutch silenced Lewandowski, the Croatians got to the top of the table