Europe has new astronauts. After more than 10 years, she chose a new team. Among the substitutes are a Czech fighter pilot and also a British doctor and athlete who lost a leg in his youth. He will become the first ever para-astronaut in the world.

The European Space Agency last recruited 14 years ago. It currently has seven astronauts at its disposal – six men and one woman. They will be supplemented by a new team consisting of 5 people who will start preparing for flights into space, and 12 substitutes. They will continue their jobs and call them in case of need.

22,589 people from all over Europe applied for the selection this year, of which 5,419 were women. This is a big increase from 2008, when 8,413 candidates applied. Our neighbors also succeeded. The replacements included a Polish engineer, an Austrian doctor, and Czech military pilot Aleš Svoboda (36), who flies Gripen fighters. He also has a doctorate in aeronautical and rocket engineering. 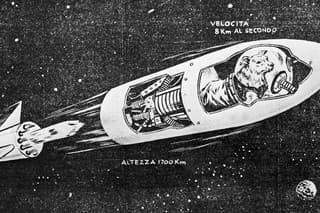 AgencyEuropeanrecruitsselectedspacewont
By adminNovember 25, 2022GlobalLeave a Comment on The European Space Agency has selected new recruits: You won’t believe who is going to space!