He was the most famous face of Alexander Lukashenko’s regime, after the dictator. The Belarusian ruler took one last look at her on Tuesday, when he bowed his head over the hearse with the open coffin of his longtime aide and head of diplomacy. The unexpected death of Vladimir Makej, who preached that Belarus should be the Switzerland of Eastern Europe, a neutral country keeping its distance from the West, Moscow and their conflict, caused many conjectures. 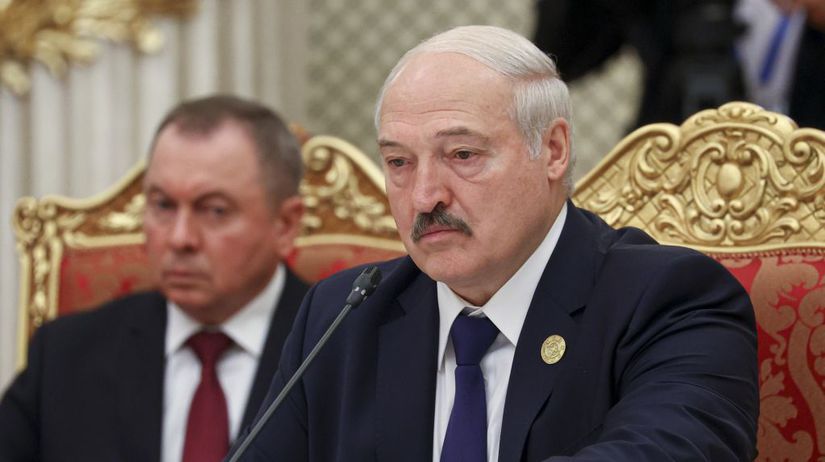 
“During his ten years as Minister of Foreign Affairs, he built a reputation as the main pro-Western voice in the Belarusian government,” wrote Artyom Šrajbman from the Carnagie Politika project, whose analysis was published by the Meduza portal. “It is therefore not surprising that his sudden death at the age of 64 has given rise to many conspiracy theories. Moreover, on the last day of his life, he looked absolutely healthy and active – he recently returned from the Collective Security Treaty Organization summit and was going to Poland for the meeting of the OSCE foreign ministers in the next few days,” he added.

Makej, a former colonel of Soviet military intelligence, held the upper echelons of power for more than two decades. From 2000, he worked as Lukashenko’s assistant, from 2008 he was the head of his administration, and from 2012 until now he headed the Ministry of Foreign Affairs.

Shrajbman included the Belarusian security forces and their Russian colleagues in the circle of those who could theoretically profit from the death of Lukashenko’s key person.

While the head of Russian diplomacy, Sergei Lavrov, highly praised the merits of his late colleague, whom he was going to visit in Minsk this week, several Moscow propagandists definitely did not follow the principle that the dead should only be remembered for good.

Connection with the West

Pro-Kremlin political scientist Sergei Markov claims that Makej was the main favorite of the West for the post of Belarusian head of state, who could replace Lukashenko. “His departure is a symbolic confirmation of the impossibility of changing the course of Belarus towards a rupture with Russia and an alliance with the West, which Makej proposed and worked on. He would benefit the most from this, because he would become the president of Belarus,” speculates Markov, according to whom Lukashenko kept Makej in the ministerial post because he hoped that he would become a communication channel with the West. “And now that channel is lost,” added the political scientist on the Telegram communication platform.

Belarusian opposition leader, former diplomat and ex-minister of culture Pavel Latuško admits that Makej’s death can be a “warning” for Lukashenko. In an interview with the Nexta portal, he suggested that the Russian secret service could be behind it, while the removal of the head of the Belarusian diplomacy could be related to his planned trip to the OSCE meeting, where the Polish hosts denied the participation of the Russian minister, since Lavrov, unlike Makaj, is on the sanctions list EU and USA. “Makej could bring something important to the summit,” suggested Latuško.

Makej has been the engine of Minsk’s rapprochement with the West since Russia’s annexation of Crimea and the outbreak of fighting in Donbass in 2014. True, after remaining loyal to Lukashenko even after the 2020 election results were falsified and mass protests were harshly suppressed, the political weight of the head of Belarusian diplomacy abroad she fell. However, in recent months, according to Šrajbman, Makej tried to convey certain signals to its Western partners. In the spring, he wrote a letter to several European ministers asking for the sanctions to be lifted, promising that the Belarusian army would not join Russia’s war against Ukraine. In September, at the UN General Assembly in New York, he met behind the scenes with representatives of several European ministries of foreign affairs.

According to Shrajbman, maintaining correct relations with the West and distance from Russia were not ends in themselves for Makej. “It was just a way to increase the stability of the system. Multi-vector orientation and balancing gave the Belarusian regime more chances to survive despite the growing appetite of the Kremlin in the post-Soviet space,” the political scientist explained.

Poison and then a heart attack?

Thoughts on the violent removal of the minister did not subside even after the independent Belarusian portal Naša Niva, which apparently has no reason to cover the possible organizers of the murder, was the first to report, citing its sources, that Makej died of a heart attack.

Leonid Nevzlin, a Russian businessman and critic of the Kremlin, citing his own sources, claims that Makej was poisoned with a poison developed by the Russian secret service in a special laboratory. “The clinical picture in such cases corresponds to death from a heart attack, stroke or heart failure,” he wrote on Twitter.

According to Nevzlin, after Makej’s death, Lukashenko ordered a change of personnel in the presidential kitchen, service and security. “He doesn’t trust anyone. He fears, not without reason, that after Makej they will be able to arrange a spectacular funeral for him. Moscow is not satisfied with the delay in the entry of the Belarusian army into the war against Ukraine, the Kremlin is ready to use all levers to put pressure on the Belarusian regime,” warns the businessman living in Israeli exile.

Alexander LukashenkoBelarusDeathLukashenkoLukashenkosMinisterMysteriouswar in Ukraineworld
By adminNovember 29, 2022GlobalLeave a Comment on The mysterious death of Lukashenko’s minister. Did they help him to the other world?