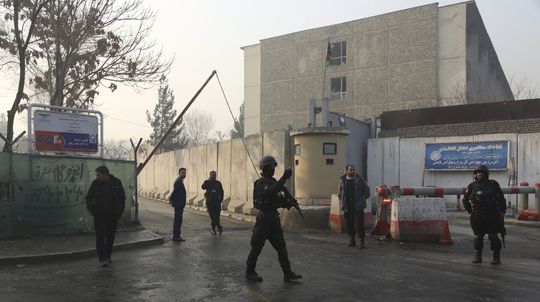 During a search of hastily abandoned buildings in Kabul, members of the Afghan radical Taliban movement found dozens of bottles of alcohol in one of them. Czech brands were among them. In the spreading video, the Taliban pull out cans of Plzenský Prazdroj, Jelínek plum brandy and also watch a green bottle of Becherovka. The Czech portal iDNES.cz informed about it on Tuesday.

Islamists claim that it is the warehouse of former Afghan Foreign Minister Salahuddin Rabbani, but he rejects it and, according to him, it is the Czech embassy. He denied robbing the videos on Twitter and called the published information propaganda against him.

The Czech Ministry of Foreign Affairs later confirmed on Tuesday that the published images actually show the premises of the temporarily closed Czech embassy in Kabul, writes the Novinky.cz portal.

However, the Taliban say in the videos that they are currently in the residence of former Foreign Minister Rabbani, who fled to Pakistan after taking power in the Taliban.

In addition to expensive rums and wines, the radicals in the pantry will also come across Czech herbal liqueur in a well-known green bottle, the famous Czech plum brandy by Rudolf Jelínek and “Pilsen”. Czech beer in cans will then appear in large numbers packed in a box with a seal, probably Czech.

Islam strictly forbids drinking alcohol, and in addition, the Taliban enforces strict Islamic Sharia law, so the discovered “wealth” is unlikely to be enjoyed by members of the movement themselves, writes the iDNES.cz portal.

AfghanistanalcoholbottlesCzechCzechiadozensembassysearchedtalibantalibovia
By adminSeptember 17, 2021GlobalLeave a Comment on The Taliban searched the Czech embassy in Afghanistan and found dozens of bottles of alcohol