Somewhere in the world, a child was born that expanded the number of people to eight billion. The day when the global population increased in this way was November 15. This follows from UN calculations. 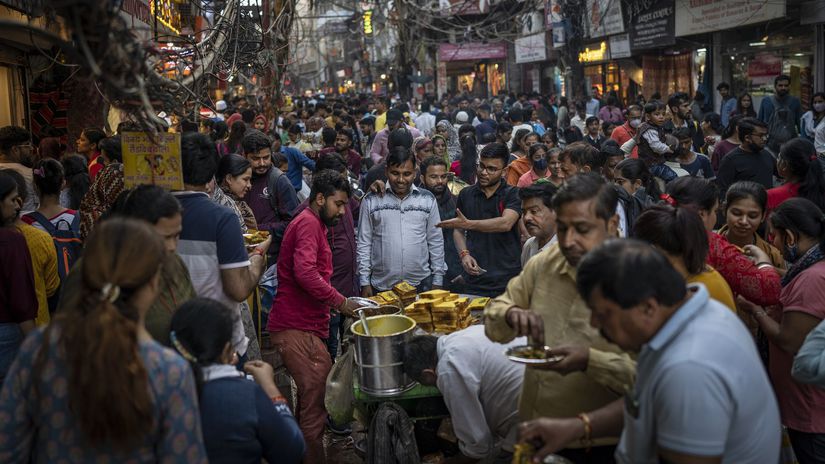 
People at a market in New Delhi, India, November 2022


“This milestone is an opportunity to celebrate our diversity and progress, as well as a reminder of our shared responsibility towards the planet,” emphasized UN Secretary-General António Guterres.

Specifically, in eight countries, which are Egypt, Ethiopia, Tanzania, Nigeria, Congo, Pakistan, India and the Philippines.

The northern hemisphere is home to the clear majority of rich states, or countries with the most powerful economies. Despite the fact that the population in both parts of the world is more or less comparable, there is a huge disparity in terms of the human factor in environmental pollution.

Humanity in the Northern Hemisphere is harming the Southern Hemisphere. “Half of the poorest people are responsible for the production of seven percent of greenhouse gases. At the same time, more and more countries, such as Mozambique, Senegal or Afghanistan, are suffering from climate change,” pointed out American climatologist Katharine Hayhoe.

Early AD: fewer people than in the US

Historians estimate that a maximum of 300 million people lived on planet Earth more than two thousand years ago. There were even fewer of them, for example, than the US population today (approximately 330 million). The population has been growing since the beginning of the Christian era, except for certain fluctuations, which were mainly caused by plague epidemics. The so-called Black Death, for example, claimed the lives of 75 million infected people in the 14th century.

This milestone is an opportunity to celebrate our diversity and progress, as well as a reminder of our shared responsibility to the planet. António Guterres, Secretary General of the United Nations

Bosnia will die out

While several countries are growing rapidly in population, on the contrary, some are starting to struggle for their human existence, so to speak. A sad example is Bosnia and Herzegovina. Every year, 25 thousand people leave this poor and politically unstable Balkan country to live and work abroad. This is a high number considering that it has a population of only 3.47 million.

The UN office in Sarajevo publishes an analysis that looks very bad: “Projections indicate that the population of Bosnia and Herzegovina is likely to decline almost linearly over the next five decades. Their number should reach the level of approximately 1.56 million by 2070 within the possible range of 1.27 million – 1.81 million people.”

addedbillionbillionseightlastpeoplerecordspeedworldworld population
By adminNovember 15, 2022GlobalLeave a Comment on There are eight billion people in the world, the last billion added at a record speed