The Disciplinary Commission of the European Football Union (UEFA) punished Fenerbahce Istanbul with a fine of 50,000 euros and a suspended sentence of closing part of the stadium.

The Turkish club complains about the inappropriate behavior of its fans, who during the home match of the 2nd preliminary round of the Champions League against Dynamo Kyiv they chanted the name of Russian President Vladimir Putin.

If Fenerbahce violates the condition within the next two years, UEFA will close a part of the grandstand with a capacity of at least 5,000 seats for the next cup match. DPA informed. 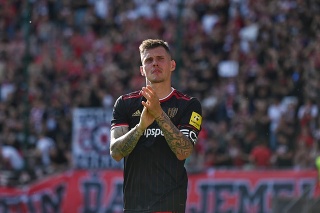 batFenerbahcefinepayproperproRussianpunishmentrecognizedShoutsUff
By adminAugust 5, 2022GlobalLeave a Comment on They recognized the punishment! Fenerbahce will pay a fine for pro-Russian shouts: Uff, that’s a proper bat